Join me on opening this new chapter for our county. 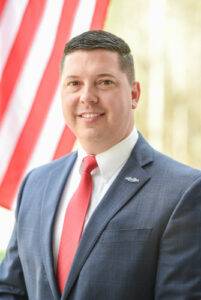 Travis was raised in Roebuck, South Carolina. He is a product of Spartanburg School District 6 public schools, having graduated from Dorman High School in 1998. Upon graduation from Dorman, Travis matriculated to The Citadel in Charleston, S.C. While at The Citadel, Travis held several leadership positions within the Corps of Cadets and was awarded Dean’s List and President’s List honors, Gold Stars and served on the Honor Court. Travis graduated from The Citadel’s Honors Program in May of 2002 with a Bachelor of Arts in History. 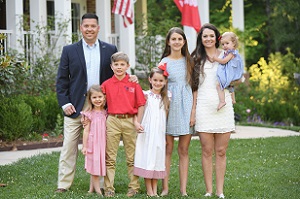 After law school, Travis moved back to Spartanburg where he served as an Assistant Solicitor in the Seventh Circuit Solicitor’s Office under Solicitor Trey Gowdy and later Solicitor Barry Barnette. While working at the Solicitor’s Office, Travis was chosen by the Spartanburg County Bar as the outstanding young attorney and was awarded the C. Bruce Littlejohn Young Attorney Award (2010). In the fall of 2011, Travis left the Solicitor’s Office to enter private practice.
Travis is very involved in the local community. He is currently on the board of the Tyger River Chapel Foundation. Travis is also a life member of the Veterans of Foreign Wars.

Travis is married to Jennifer “Jenny” Dunaway Moore of Anderson, S.C. They are blessed with four beautiful children and are members of The Episcopal Church of The Advent in Spartanburg.

Stay up-to-date with the latest news from our campaign!

Join our growing team! Submit your information below to become a volunteer!

As a public servant, I will always be accessible to you.