Spartanburg, SC – Travis Moore, a local attorney and combat veteran, announced his candidacy today for South Carolina State House District 33. Moore will file this afternoon at the Spartanburg Board of Elections to run in the June 9 Republican Primary for the seat held by Rep. Edward R. “Eddie” Tallon. Tallon recently announced that he would not seek reelection.

Travis Moore said, “I’m excited to announce my candidacy for South Carolina House District 33!” He continued, “I have dedicated my adult life to service and I humbly ask for your support and for the opportunity to serve you in the State House.”

A Roebuck native, Moore graduated from Dorman High School and went on to earn a bachelor’s degree from The Citadel. After graduating from The Citadel, Moore was commissioned as a Second Lieutenant in the S.C. Army National Guard. During his 20-plus years of service in the National Guard, Moore has led Soldiers in places like Kosovo and in combat in Afghanistan. For his actions in combat and his service to others, Moore has been awarded the Combat Infantryman’s Badge and a Bronze Star. Moore continues to serve in the S.C. Army National Guard where he currently holds the rank of Major.

Following his deployments, Moore completed his law degree and graduated from the University of South Carolina School of Law. After passing the bar, Moore served as an Assistant Solicitor in the Seventh Circuit Solicitor’s Office in Spartanburg for several years before entering private practice.
“I’m grateful for Representative Tallon’s leadership over the last ten years, which helped build our local economy to one of the strongest in the entire nation, protected the rights of the unborn, and advanced our shared conservative values,” said Moore. He continued, “My pledge is to be a voice for the taxpayer, fix our crumbling infrastructure, and improve the way we educate our future generations and better prepare our workforce to meet modern demands.”

Moore is a partner at Anderson & Moore, LLC, a general practice law firm in downtown Spartanburg. Moore and his wife, Jenny, live in Roebuck, and are blessed with four beautiful children. The Moores worship at the Episcopal Church of the Advent where they are actively involved and serve in the church’s various ministries. South Carolina’s statewide primary will take place on June 9, 2020. 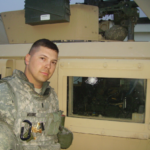